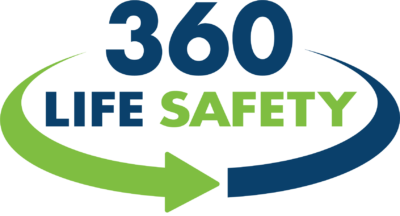 Uvalde, TX. Another school Active Shooter Event (ASE). How horrific! How senseless. What to do?

Like you, I listen to all the talking heads, all the experts about what needs to be done. Nobody seems to have the answer. If you do, please email me at bpowers@360LifeSafety.com. Seriously. I want to hear from you.

My thought – simple. Take from the killer that what he desires. Take that away, and he does not even try. But before I elaborate on that, let me quickly address the conventional measures that are in place and that do NOT work.

Video Phone – allows the office administrator to view and speak to anyone who requests permission to enter the building (main entrance) before granting access. Works great for compliant visitors; not for a murderer.

Locked entrances – Uvalde was not an exception. Every day, schools have doors that are propped open. Furthermore, even if all doors are locked, a determined assailant will gain access by threat or by shooting out glass (Sandy Hook).

Surveillance cameras – do not stop an ASE. The killers at Columbine played up to the cameras. Cameras are effective at identifying crimes and criminals after the fact.

Door Barricades – very helpful in limiting the carnage. Does no good once the killer is inside a classroom.

School Resource Officer – can be effective. Has not been in many cases. In some cases, the SRO was the first victim.

Metal detectors – must be staffed. And the staff must be able to effectively confront a murderer. Severely restricts the flow of students entering the building at the start of school. Will not stop a determined murderer (Red Lake, MN).

These measures have value. They just do not stop an ASE. What will have an effect once the killer is inside the building? Once the bullets start flying? If you are a Principal, or a Superintendent, you own the problem until the police arrive. What are you going to do?!

So, what will stop these lunatics? Take from the killer that what he desires!

What does he desire? He desires a body count. He needs time to execute his goal. Rampage time. He is counting on the 5 – 10 minutes it will take Law Enforcement to arrive on scene and to then effectuate a response. What’s the next best thing? Armed teachers? There are too many liabilities with teachers carrying on-body such as retention, negligent discharge, and security. Not to mention the problem with rescinding authorization for a teacher who might be going through a rough patch in life – mentally (divorce, bankruptcy, DUI, etc.).

Some have suggested volunteer former military or law enforcement or parents to patrol our schools. Have you ever been part of a volunteer organization? Staffing volunteers on a permanent basis over the course of decades is an insurmountable task, especially when the volunteer’s day to day is inconsequential. Try pulling that off over an extended period of time. What about ongoing training?

Ah, but what about volunteers that have a personal risk at stake? I’m talking about the people that work at the school for a career – teachers, administrative staff, janitorial staff, counselors, etc. Their interest and devotion would not wane over time. Could they coalesce as a force in the time of need? But what can they do? And with what tools?

What if these volunteers formed a team of responders, Rapid Responders, and were vetted and properly trained? Not carrying guns on-body, but had access to guns if and only when they were needed. Of course, these weapons would have to be ultimately secured but rapidly accessible. If the killer knew that his school had a Rapid Response Team on site that could mount an armed response immediately, not have to wait for Law Enforcement to arrive, then he would know that he would not get his rampage time. Game over. SWAT team lite and at an affordable cost.

OK, but it all hinges on the guns being ultimately secured but rapidly available. Yes, guns, long guns with optics, and plated vests for protection. Of course, guns. If the police arrived without guns, you would be disappointed. And vetting. And training. All doable. Least costly. Most effective. Deter the event from ever happening and, if it does, mitigate the damage. Immediately.

HOW? Does this exist? YES! The Rapid Response System by www.360LifeSafety.com

People… stop blabbering about gun control, mental health issues, red flags, and traditional security measures. All that is important and needs to be addressed, yes. But the pressing issue to address is what can be done once the killer is inside the building and murdering innocent children? Once the bullets start flying, then what?

No policies, no procedures, no ideology on gun control or mental health matters in the moments that a killer is stalking your child. Stopping the killer as soon as possible is all that matters. What are you going to do then?